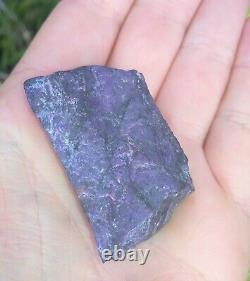 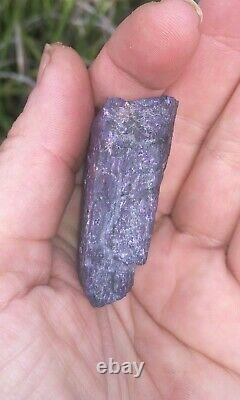 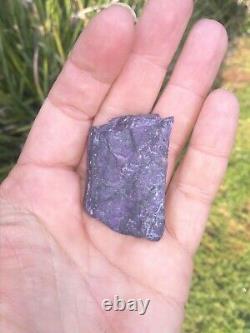 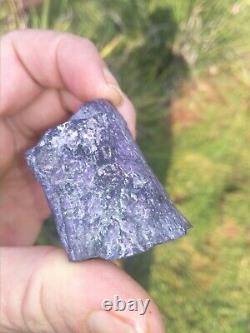 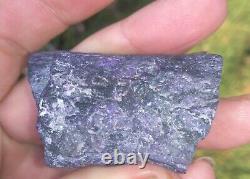 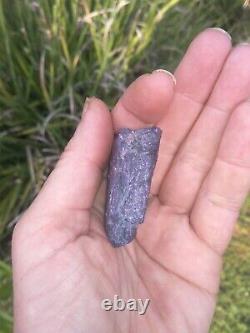 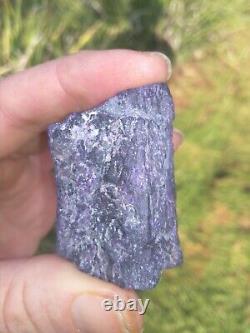 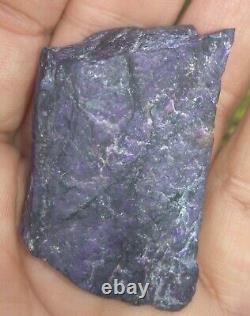 46.72 g sugilite 40 X 20 x15 mm. Sugilite is a silicate that is colored purple by its lithium and manganese content.

It is translucent to opaque, but the translucent sugilite is very rare and expensive. Sugilite was named for the man who discovered it, Ken-ichi Sugi, in 1944 on Iwagi Island, Shikoku, Japan. It has also been found at Mont Saint-Hilaire, Quebec, Canada and most importantly, South Africa.

The only deposit of gem grade sugilite was found in 1975 in the Kalahari Desert in Kuruman, Republic of South Africa. This area is known as the Kuruman Manganese Field and the mine itself is the Wessel Mine. Hence, the sugilite we are offering is from South Africa. Due to its relatively recent arrival on the gemstone scene, it may be unfamiliar to many. It is also called sugilite, luvulite, royal lavulite, and royal azel.

The item "Sugilite Rough 46 grams one piece" is in sale since Thursday, December 9, 2021. This item is in the category "Collectibles\Rocks, Fossils & Minerals\Crystals & Mineral Specimens\Crystals". The seller is "leewood72" and is located in Gauteng .

This item can be shipped to United States.