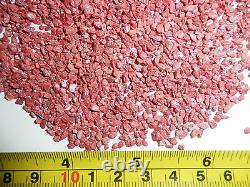 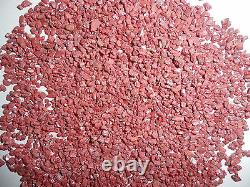 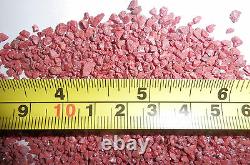 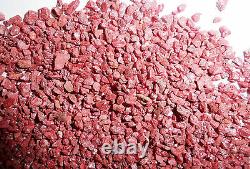 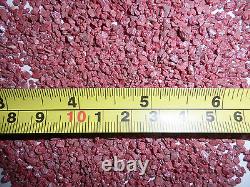 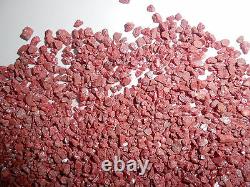 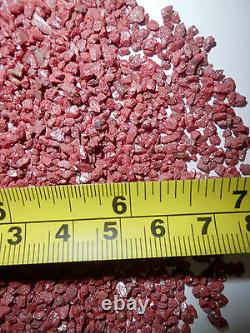 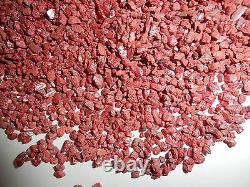 Cinnabar single crystals - 300 gram Lot (1500 carat) = 0.66 pound (10.6 ounce). Cinnabar crystal specimen from Hunan province of China(central south). Size of crystals: from powder up to 3x3x4.5 mm. Weight of crystals: up to 1 carat. Cinnabar is the bright scarlet to brick-red form.

It is the historic source for the brilliant red or scarlet pigment termed vermilion and associated red pigments. Cinnabar Single Crystal Stone up to 1 Carat Tiny pieces 300 gram Lot.

300 gram Lot (1500 carat) = 0.66 pound (10.6 ounce). Cinnabar generally occurs as a vein-filling mineral associated with recent volcanic activity and alkaline hot springs. The mineral resembles quartz in symmetry and in its exhibiting birefringence. Cinnabar has a mean refractive index near 3.2, a hardness between 2.0 and 2.5, and a specific gravity of approximately 8.1. The color and properties derive from a structure that is a hexagonal crystalline lattice belonging to the trigonal crystal system, crystals that sometimes exhibit twinning. Cinnabar has been used for its color since antiquity in the Near East, including as a rouge-type cosmetic, in the New World since the Olmec culture, and in China for writing on Oracle bones as early as the Zhou dynasty.

Later in the Song dynasty it was used in coloring lacquerware. Cinnabar is generally found in a massive, granular or earthy form and is bright scarlet to brick-red in color, though it occasionally occurs in crystals with a nonmetallic adamantine luster. The hardness of cinnabar is 2.0-2.5 on the Mohs scale, and its specific gravity 8.1. These cinnabar minerals are mined from Hon Shui Don of Cha Tian Town of Phoenix County in Hunnan province of China. We send the goods to USA, Canada, UK, Australia, New Zealand, EU countries and some other European and Asian countries by E-express, a kind of fast postal service by Hong Kong Post.

This item can be shipped worldwide.